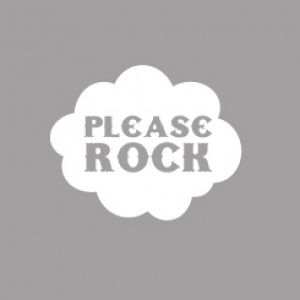 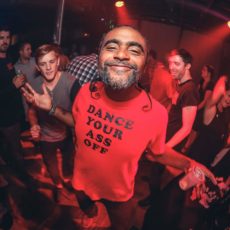 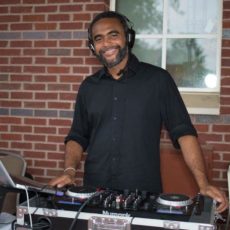 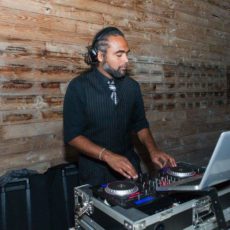 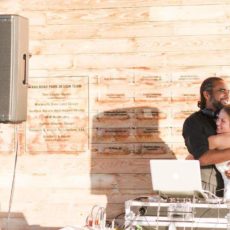 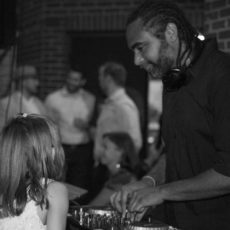 Born in Brooklyn, NY in body….and Atlanta, GA in spirit.

MP3PO DJ’d his first gig in the spring of 1993. End of the school year at his best friend John Morehead’s basement in Lilburn, GA. He had a CD player and a tape deck, plus a working understanding of the graphic EQ and pause button. No idea how to mix but undeniable ability to read the crowd and know good music when he heard it. Coincidentally, he had his first kiss that day too while listening to Nine Inch Nails.

If DJ MP3PO had to pick one song that would get him on the dance floor, it’s Jamiroquai’s “Canned Heat”. MP3PO thinks this song is the father of the nu-disco movement. Disco, funk, and pop got together at a speakeasy, drank some absinthe, and decided to take each other home. His honorable mention goes to Prince’s “KISS”. Sexiness in audio form.

Here’s what DJ MP3PO loves about being a DJ:
DJ-ing is a style of expressing your idea of party using someone else’s concept of rhythm and spoken word. Actually, many someone else’s. When MP3PO DJs and transitions from hip-hop to rock to soul to funk to disco to indie to trap to reggae and back again…..the crowd feels it, and that is proof that musically and rhythmically we are spiritually multi-dimensional beings. Also, discovering music, new and old, is his job. Are you kidding me??

DJ MP3PO’s take on DJing weddings:
Weddings are generally attended by all kinds of folks of all kinds of ages. There is the enjoyable challenge of reading such a widely varied crowd, finding a niche that will please a lot of people, stepping out of that niche and making the feet move of that one guy who hasn’t gotten on the floor yet, and enhancing the memorability of such a special day. But he also enjoys getting to the point of the evening when he becomes the “can-do-no-wrong” DJ, where the dance floor rockers can’t help but dance/sing/rock to every single song played. That feels like true magic. And the chicks are great…JK?

His favorite wedding DJ moment:
DJ-ing a wedding in Jackson Hole, WY. The backdrop alone was enough to make it an epic event – a truly amazing group of people in support of both the bride and groom. Towards the end of the night, he had the idea to host “Jackson Hole’s Best Dance Crews”, featuring the bride’s dance crew vs. the groom’s dance crew! Both crews danced to Rob Base and DJ EZ Rock’s “It Takes Two” and absolutely killed it. MP3PO is pretty sure the Groom’s dance crew ended up winning, but it ended with a one on one battle where one groomsman dipped the “man of honor” and laid a long, sweet, kiss on him. Classic night.